The Weird (And Surprisingly Profitable) World of Instagram Poetry

Spend any amount of time on Instagram these days and it’s hard to avoid it. Times New Roman or Special Elite type on a white background. Poorly punctuated platitudes about being in love or feeling unloved, written like uppercase letters are illegal.

Poetry once more flows freely in the mainstream.

But how did we go from William Blake to R.M Drake?

From “Tyger Tyger, burning bright” to this:

Effortless and obvious in a genre known to be careful and cryptic, Insta-poetry speaks to people in a way that feels like it understands them. But more important, in a way that's easy for them to understand.

The most popular among these social media poets, like Rupi Kaur, R.M. Drake, and Atticus, are putting out multiple "poems" a day to the tune of tens of thousands of Likes.

So when another one of these words-on-white-space poems popped up on my feed, I thought to myself:

"That doesn't look so hard."

It was an experiment only meant to last a few months. Instead, it turned into a year-long endeavor, 4000 followers, and ~$1600 USD in sales of a physical poetry book.

In poking fun at the Insta-poet, I had become an Insta-poet. And it pains me to say it but, at the time, I didn’t even know it.

There are millions of Insta-poets around the world, but most seemed to follow the same rules of the game:

Easy enough. I grabbed a 🤔 emoji pillow from my couch, put a beanie on it (in my mind, all poets wear beanies).

That's how t.t. poet, or @thetumblrpoet, was born.

I started a running note of mundane observations, and every Sunday I'd whip up several poems at a time in Canva—immersing myself in the modern poet's process.

I published a new “poem” every day that, if it wasn't deep, at least sounded the part.

After a few months subjecting my poetry to the feedback loop of filling up empty hearts (getting Likes), the algorithm pushed me to a style that seemed to resonate with people.

I grew a small but engaged audience on Instagram attracted to my brand of poetry, relying mostly on hashtags, interactions with similar accounts, and light automation in the beginning to Like posts from relevant users.

Turns out Instagram poets are a heavily networked bunch, some even forming pods to promote each others' poetry, so making poet-friends was easy.

More than a following: Finding fans

What kept me going was seeing how different people reacted. Some got the joke right away and even participated in the comments. Some completely missed the parody because they were its target.

I could've followed and unfollowed people to grow a much larger following—but what I wanted was fans like the greats of micro-poetry had.

And fans I found.

People who clocked onto what I was doing found it amusing. But the people who didn't were the most amusing to me.

At one point, I even promised my followers I'd do a face reveal if I got 1000 likes on a post.

Unfortunately, the post got 2000 likes, so I had to call it off.

But The Tumblr Poet had become a living satire—a piece of art I made to express myself that had to become content before it could be art.

And in a way, this parody helped me see where the line blurred, that for these Insta-poets to make a living from their art, they had to make content too.

My poetry finally had a real audience, but it felt incomplete. True legitimacy for the Insta-poet can only be found one way: merch.

I started thinking about what products I could sell:

I had a lot of poems written at this point so most of the work was done. All I had to do was curate my top performers, make them work for print, and write a dozen more until I had my first poetry book.

The book was appropriately titled: Flowers Are Just Tiny Trees.

I bugged some coworkers to help me with the cover illustration (Skye Zhang 🙏🏾) and the book layout (Vineeth Sampath 🙏🏾). I wanted it to be a product that people mistook for a Rupi Kaur book, picked up to leaf through, and snort-laughed when its true nature revealed itself.

I set up a website using an old Shopify store with Lulu Xpress to print and ship the book on-demand. Aside from a ~$150 Facebook campaign I ran as an experiment, I focused on getting all my sales organically:

People I knew bought the book of course. But I didn't expect so many orders from strangers. I was surprised to discover that my spoof of a poetry book had legs and people were actually enjoying it, sharing it, and leaving positive reviews.

As of today, I've made about $1600 USD in revenue from a $15 book—all from the counterintuitive idea of publishing words on a photo-sharing app.

Poetpreneurs? In this creator economy?

It's almost like poetry was waiting for social media all these years. To help carry it literally into the hands of the masses. To open poets up to rapid feedback loops, low-barrier merchandising, and the opportunity to grow an audience they could call their own. Writers could now reap the recognition and revenue that the poets of the past never saw while they were living.

Now, is this species of poetry any good? That's up to the consumer, as T.T. Poet taught me.

But it does bring me some joy as a writer to know that the written word on today's internet can still compete with selfies and photos of a meal that you paid someone else to cook.

Or to put it in the words of this Instagram poet:

there are two things that,
always move people:
getting evicted by your landlord,
and poetry. 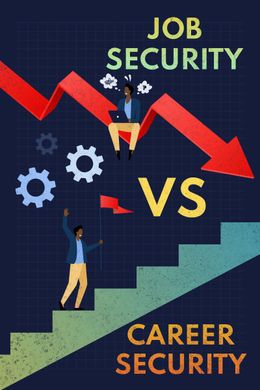 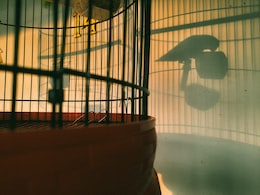