a year ago by Braveen Kumar — 7 min read

They could tell no tales without their tongues. But she was different.

She was not the first. There had been three before her.

They all arrived in the same condition: in a desperate panic, tongue missing without a drop of blood spilt, unable to do more than repeatedly moan what sounded to be a name:

Each victim had reportedly set out for the neighbouring town, but no one was sure what had happened to them along the way. They could not tell their tales without their tongues and, like most of the tiny farming village, they could neither read nor write.

The first man sketched a picture of this Woheha. It looked like a flat-faced lion, at least according to the drawing. But why and how would a lion only take his tongue?

The second, a particularly poor artist, scribbled a picture of a scraggly man with a gaunt face. The third: a dog with a flower where its head ought to be.

There was little consistency between their depictions, but whatever had done this to them, they all seemed inclined to avoid the topic altogether, even had they not been condemned to silence.

The Woheha became a legend that lived on in whispers and questions.

The fourth victim was different though.

She was only a child of 16 years. What’s more, her mother had not only taught her how to read but she would often write in her spare time.

A few weeks after she arrived, when her mind had recovered some from whatever had happened to her, she was handed a pen and sheet of paper. She sat still an hour, carefully weighing her words in her mind before she committed any ink to paper.

Then she started writing, line after line without pause, until the sun had gone down.

This is what she wrote:

I live here alone with my mother. We’d gotten news that my aunt, who lived in the town, had fallen ill. A lingering fever. Nothing life-threatening. My mother had sent me with some things to bring her: medicine, soup stock, vegetables from the garden, a small pouch of spices.

It was my first time making the journey. The usual route into town was to travel north on the road that led around the nearby forest. It was a few hours on foot.

Mother had reminded me, before I left, to stick to the road so I would not get lost.

I should have listened.

If you have ever traveled this road and bothered to sift through the trees that lined it, you would notice that there is actually a large open field on the other side of the grove: a grassy clearing and a tempting shortcut into town.

I found it strange that this shortcut was not common knowledge. It seemed like it would save an hour of walking.

So I waded through the trees until I arrived in that empty field. And empty it was with nothing but green grass and blue sky. Nothing except a gnarled willow tree in the middle interrupting my view from one end to the other. But what I noticed first, as soon as I stepped foot into this sprawling space, was the unsettling silence.

I had never known silence until I entered that field. I’d known quiet, I'd known stillness, but not silence: the kind only the dead hear. I saw birds fly overhead and crickets sitting amongst the grass. But I heard neither a song nor chirp. The field seemed to swallow every sound.

The squish of grass was absent as I walked over it with mute footsteps. The trees moved in the breeze, but I could not hear the familiar wsss of the wind through the leaves. I walked in awe through this soundless scene. Had I gone deaf? Had the world gone dumb?

I exhaled deeply, only to hear the sound of my breath suffocated as I walked for nearly a half-hour further into the field.

“A visitor,” a voice behind me, unlike any I had heard, shattered the silence. I turned around slowly to face the speaker.

I fell backward as my face met what seemed at first like a massive flower that crawled slowly towards me. I opened my mouth to scream and nearly swallowed my tongue as it fled back into my throat.

“Do not be shy.” I stared speechless as this beast lumbered forward on all fours, five long fingers where I expected paws. It spoke in a voice that seemed borrowed — sporadic in tone and manic in manner.

The creature shrugged itself upright and tilted its head forward, revealing a dark, sunken face with slit eyes like a snake and a flat nose that hovered over a small mouth. Every time it spoke, its expression remained blank and its lips did not move. But it was the crown of petals — at least I thought so at first — that shocked me into silence. It was only when I had a moment to take in its appearance that I realized it was a mane made of hundreds of tongues.

As much as the creature’s form had frightened me, standing as tall as three of me, its voice is what will haunt me for the remainder of my life.

“Might I have the privilege of your name?” it asked as it drew closer, a long tail like a lion’s following behind it. There was no rhyme or reason to how it spoke, but every syllable seemed both familiar and strange, like each beat belonged to a different speaker. The creature sounded like a chorus of voices, speaking, singing, yelling, whispering, out of sync, and all together. I struggle to capture it with my words.

I felt exposed in the middle of that field, anxiously aware of my open back. I pursed my lips at the sight of the some hundred tongues that framed the creature’s head, fearful for my own. It was at that moment that I remembered the rumours about the walking flower, the men who returned to the village without their tongues, and the single name they spoke: Woheha.

The Woheha raised its front legs, nearly doubling its height as it slowly stood upright as I did. "You are a quiet one. Speak with me, will you not?” the creature asked, its lips unmoving on its expressionless face. A chill ran down my spine as the friendly words that left its mouth were mangled by a voice that sounded simultaneously like an angry child and a sleepy old man.

“Speak,” it repeated in a seductive lisp.

I shook my head. It was like the soundless air had put a firm finger to my lips. I knew a terrible thing would befall me if I dared to break this ungodly silence.

“Peculiar. My previous guests were more t-t-t-talkative.” The beast now had a stutter I was sure was not its own. Now standing, it moved one of its hands gently onto my shoulder. I could feel the weight of its heavy palm and long fingers as if they were reaching into my chest for my racing heart, fear rattling around in my throat with nowhere to go.

I tried to move past it, but each time the beast cut me off at every turn. “Sssssstay with me,” it groaned in a slow whisper.

I stared at its crown of tongues, each alive, flailing as if struggling to escape the monster as I was. Then I recalled the pack my mother had given me.

I set it down and rummaged through it for a small pouch among the vegetables and other contents. The creature tilted its head to one side, conveying a curiosity it did not wear on its blank face.

I remember trying to stifle my heavy breathing as I opened the pouch filled with spice and scattered its contents over the tongues that circled the beast’s face. The Woheha roared in a hundred tones as its tongues lashed about as if on fire.

I left my pack and ran as fast as I could across the field, not daring to look back. After the longest minute of my life, I finally turned my head, without slowing my pace, only to see that it wasn’t following. The towering creature was nowhere to be seen. There were no places to hide in that empty field; it was as if the Woheha had vanished.

“How rude,” said a sultry voice behind me that sounded raw from tobacco smoke. I turned around slowly to see its face inches from my own. “Keep your name for yourself. But know mine. I am the Word Eater.” Even amid the mixed emotions conveyed by its speech, its anger still came through.

“What are you?” I asked without thinking, but “What” was all I managed. The moment I spoke, I was swallowed up by the Woheha — the Word Eater — caught in what seemed a mouth of wet tongues instead of teeth.

That was the last thing I remember before waking up outside the field underneath a tree, groggy, confused.

The Word Eater had been just a dream. A bad nightmare. I must have fallen and hit my head.

For three brief seconds, relief washed over me. Until I felt around the inside of my mouth. At first, I thought my teeth were missing. I put my hand to my mouth to find that they were still there. But reached almost into my throat, frantically searching, when I realized what wasn't.

I screamed. I screamed. For minutes, alone on the outskirts of the field, I screamed. But only a desperate moan escaped my lips: 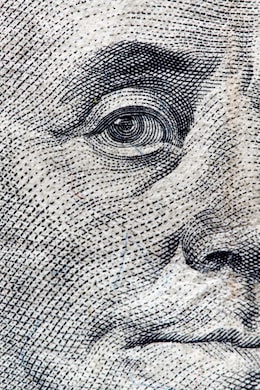 Don't Be Kind to Money. 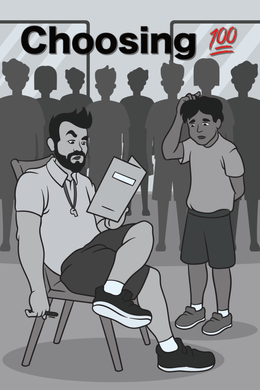