a year ago by Braveen Kumar — 8 min read

This is the story of how I got here.

I had a P.E teacher in high school who was a real hard-ass.

He was a strict man of few words, the type who would make you run laps around the school in the middle of winter if you were even two minutes late to his class.

He had a habit of giving his students cryptic "tests" meant to impart important life lessons. Whenever he put you through one, you knew you were learning something—you just weren't always sure what.

This is the story of one lesson in particular that has stuck with me my whole life.

It was 1st-period fitness class and I was in the 11th grade.

We were in the weight room doing what boys do in weight rooms (for me, that was cracking jokes instead of doing reps).

Without explaining why, Mr. M decided to call us up one at a time and ask us what grade we wanted to get in his class, jotting down each kid's answer.

Each student would walk up, say his answer, and then rejoin the class. Mr. M simply nodded at each number before jotting it down in his usual stern silence.

Then my name was called.

"What grade do you want in this class?" he asked, without looking up from his clipboard as I approached.

Before I continue, I have a confession:

I was far from a model student in high school.

I had okay grades, but I was also the kind of kid who routinely skipped his 5th-period History class, never took notes, studied the morning of for all his tests, coasted through Math on copied answers, and got in the odd bit of trouble here and there—just so you fully understand the seriousness of my answer.

"Everyone. Come here for a minute," he said calmly, looking at me with a face I could never read. A circle formed.

I braced myself thinking he was about to chew out for being a smartass.

"This," he said slowly while gesturing to me.

"This is what everyone should be aiming for. Why would you only want 80 or 90 percent of anything? Braveen is the only one of you who said 100." He looked at me and nodded before dismissing us all.

Have you ever felt 25 people roll their eyes at you?

"Fuck you, Braveen," whispered one of my classmates who thought I was full of shit.

In fact, I was pretty comfortable with mediocrity when it came it grades—70% is a glass more than half full by my standards back then.

But what I didn't realize was that this attitude would hold me back when it came to the one thing I always gave my all:

I wasn't good at anything growing up, and I had a tendency to give up before trying if anything felt hard or uninteresting:

When it came to words and ideas, though, I put pen to paper (or fingers to keyboard) every chance I got.

I'd fill up entire notebooks in middle school, write pages upon pages of half-baked ideas in a Word doc I kept on the family computer, spend months planning full-length high school plays to bring to life on the stage, scribble jokes and poems in my notebook while hiding at the back of Math class, perform sketches, and write essays on a MySpace blog I started in the 8th grade.

Passionate? I was obsessed.

I was a quiet kid or as one teacher put it, "virtually unknown to the administration". Writing was the only thing I was frequently recognized for.

But there was a line I wouldn't cross—on the other side of it was taking writing seriously. It's only now that I realize I was actually...

The thing about underachieving is it feels great to do well when you're not trying very hard. But by contrast, it feels terrible to fall short after giving it your all.

Underachievers choose 70 or 80 instead of 100 to leave ourselves room for the best excuse in the book: "I only failed because I didn't actually try."

We'll drop the bar to the floor so we can step over it and ensure our goals are achievable, even if it might mean denying ourselves a better outcome.

If you achieve it, you feel good. If you exceed it, you feel great (for about 5 seconds if you're an underachiever, then you realize, "Oh shit, I have to do this again?").

Fall short though and, well, you're a failure and why the hell did you even bother?

The Catch-22 of underachieving is one many creative people know well. Some go their whole lives without ever overcoming it. It's more comfortable to play a game you know you can win, even when the prizes aren't the ones you want.

So when it came time to decide what to do with the rest of my life at the tender age of 18, despite my desire to be a professional writer—the kind whose voice carried across a large audience—I was this-close to committing to a career as an English teacher.

Being a teacher was realistic and safe. Writing was a hobby.

Even if I managed to tiptoe over the broken dreams of other aspiring writers, I'd been convinced the pay wasn't worth it and that I wasn't good enough. Plus, I didn't see many bylines like mine back then. There were more Ben Clarks sitting at the top of the things I read than Braveen Kumars.

The only reason I'm not is because my 12th-grade Writer's Craft teacher Ms. Edwards showed me all the paths I could take and all the jobs I could get as a writer, mostly in marketing and journalism.

Because of her, I chose 💯—and for probably the first time in my life, I fully committed to something:

Going all-in on being a professional writer, so I could make a living writing while supporting my own creative expression.

By my own estimates (and other peoples') I thought I'd be writing shit no one would read for $30-something-thousand a year at 30 years old.

It didn't help that when I shared my plan with most people, they'd react with the in-person equivalent of a lowercase "lol".

But at least I was directing all my efforts at something I could get behind:

In the process, I got a lot of invaluable real-world feedback—good, bad, and kind of weird—from the total strangers who read my stuff:

With a lot to gain and only time to lose, I poured myself into my craft, getting Cs for my degree to focus on the work that felt real only to me. I didn't know how much effort it would take, so I gave it everything.

And then something happened.

I got my first full-time writing job as a "content marketer"—that's what English majors call themselves these days to help their career prospects. I was getting a steady paycheque to do my favourite things: come up with ideas and write them into being.

A year and a half later, I landed the best job I could hope to get at what is now one of Canada's most valuable companies. I'd gone well past 100 when I only expected 70.

This sounds great. It was. It still is. But for the first time in years, I didn't have a concrete goal anymore.

I still felt the rumblings of my old hunger—to be a real writer—but I didn't need to feed it anymore. It was already well-fed, decently paid, and couldn't complain about the commute.

Here's the thing though: It's never good when your thoughts linger too long in that uncertain space that exists between two choices.

Ambition without a personally meaningful outlet eventually hollows you out, turning into restlessness and depression.

Bit by bit, I shrugged off my desire to be a writer to settle for a safer path: a career in marketing.

Without realizing it, I ended up choosing 70 again.

My ambition has gathered dust. I'd outgrown it, as most writers eventually do. Or more accurately, I'd redirected it at something that was similar but not the same—like putting salt in your coffee because you ran out of sugar.

It changes you when you deny yourself something so central to your values. In choosing 70%, I also became 70% of who I really was.

I didn't realize this until recently when I forced myself to write this.

For two weeks, I sat down after work to at least stare at this page for an hour, no matter how exhausted I was from my job.

For two weeks, I wrote and edited for free—for me.

And for two weeks, I felt more productive, happier, and more like myself because caring about something—really giving a shit—is contagious and will infect other parts of your life.

So, here's what I've come to accept:

We don't choose our ambition. It is a story already woven into the fabric of a person's life, dying to be told. Some are content to let pieces of it out on occasion. Some can ignore it outright and still lead happy lives. But the deeper its threads run, the harder it is to ignore.

That's why I finally published this: the first piece I've really cared to write in a very long time.

Not because I think you'll like it or because it'll get even 0.001% of the views my professional written work does.

But because it truly came from me.

I still don't give a shit about P.E.

But this? One hundred fucking percent 💯

When the Music Changes While You're Dancing 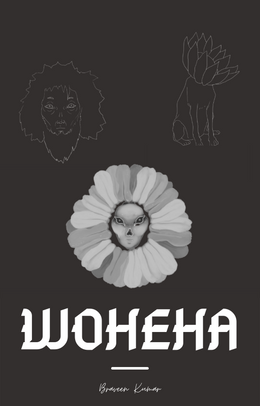